The METRONext Moving Forward Plan includes the introduction of METRORapid, which combines elements of light rail and bus to deliver faster connections and a convenient ride. While others are waiting at a traffic light, METRORapid keeps you moving. 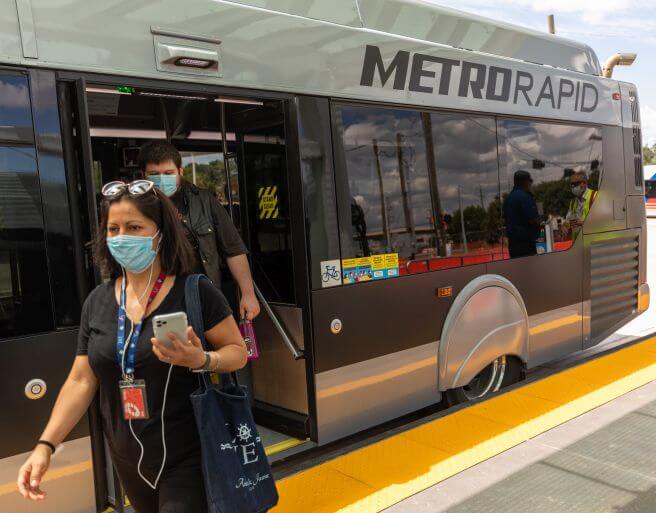 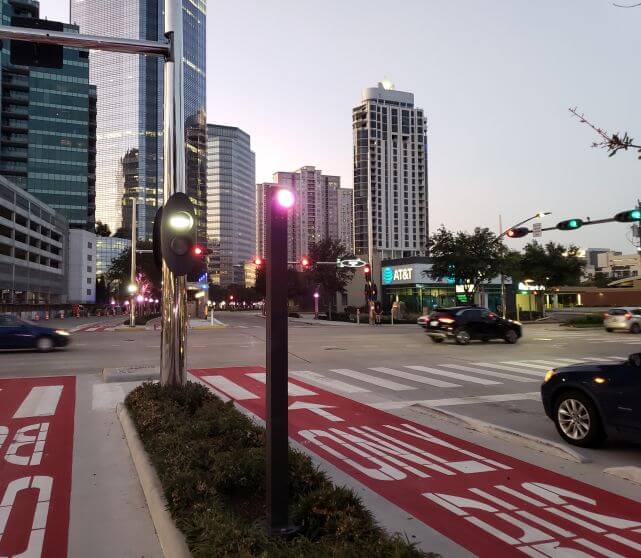 The first METRORapid route in the METRORapid Silver Line (Route 433). It runs along Post Oak Blvd. connecting uptown Houston to two major transit centers, where additional service is available to other areas of the Houston region. 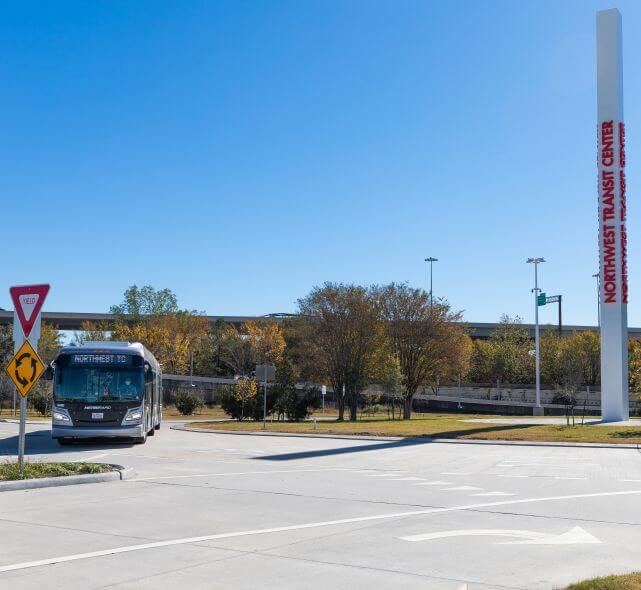 The Inner Katy Corridor Project will result in the second METRORapid route - running along I-10 (Katy Freeway), between the Northwest Transit Center (at the junction of I-10 West and I-610) and the Convention District area in downtown Houston. 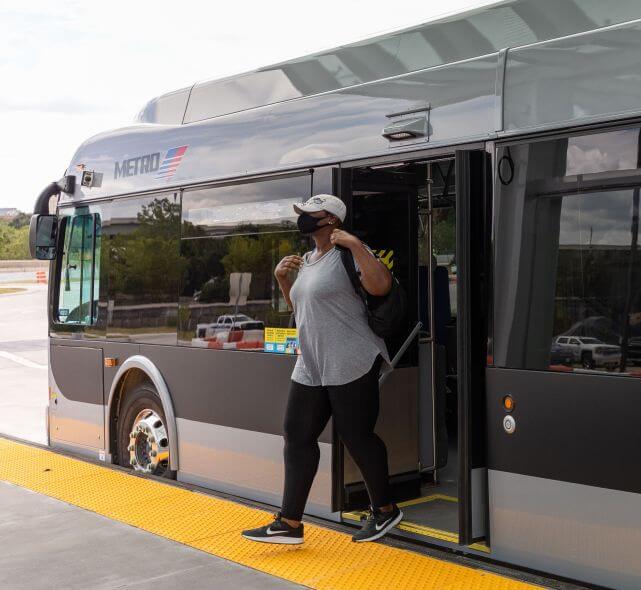 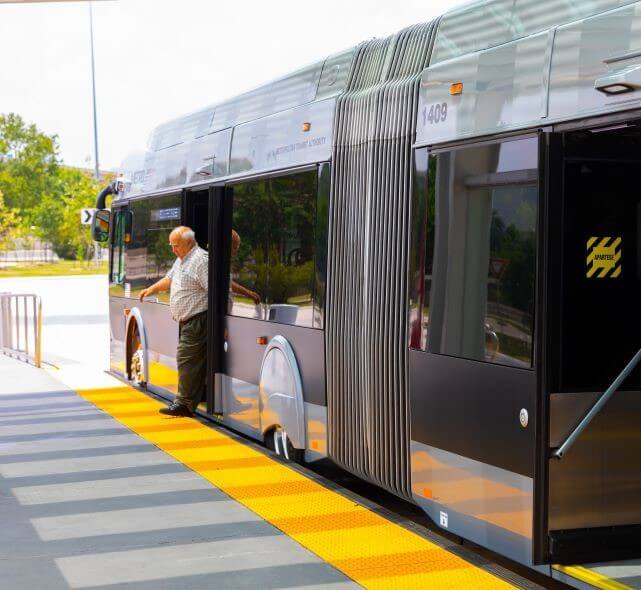 The Gulfton Corridor Project connects the southwest communities of Gulfton and Sharpstown to activity centers, education and employment opportunities in Uptown/Galleria. It offers expanded access to transfer opportunities at the Westpark / Lower Uptown Transit Center and the Northwest Transit Center.

This 3D rendering of METRORapid shows how the vehicle travels in its own dedicated lane and stops at rail-like station platforms along its route. 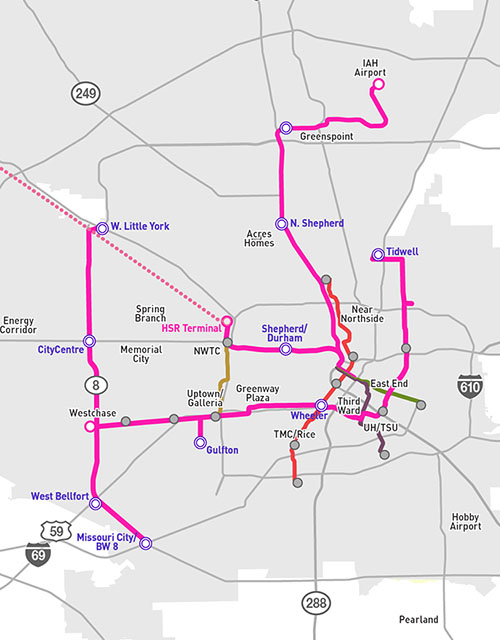 Proposed METRORapid projects are represented by the solid pink lines on the map. These lines are not intended to reflect final routes along a given street. The actual routes will be determined only after extensive community involvement and alternatives analysis.

A METRORapid line will provide a direct connection between downtown and Bush Intercontinental Airport.

Exclusive lanes could be used for autonomous vehicle transit in the future.