Officer Omar Franklin and Community Intervention Specialist Moria Ojo are members of MPD’s new Crisis, Assessment, Response & Engagement (C.A.R.E.) team. Both specialize in street outreach, responding to concerns or reports the Authority receives about individuals residing or loitering on METRO property, including on transit vehicles and at bus shelters, transit stations, and other facilities.

MPD Lieutenant Cedric Buchanan says the creation of the C.A.R.E. team was in response to the department’s desire to explore ways to respectfully support individuals in crises and minimize impacts on transit employees and the traveling public.

“People struggling with homelessness, displacement or experiencing a mental health crisis often gravitate to transit vehicles or facilities for safety and protection from the elements,” said Buchanan. “The goal of the C.A.R.E. team is to proactively engage with these folks and get them the help they need.”

Franklin and Ojo agree saying vulnerable populations often have nowhere to go and seek transit facilities to escape the harsh realities of street life. The team takes a holistic approach to solving the problems unhoused individuals face, connecting them to essential services such as health care, meals, shelter, and social services.

In one recent case, the team came to the aid of a mother and her 10-year-old son who had taken refuge on a METRORail train.

“We learned she had come from New York in search of work, but things didn’t pan out, and she fell on hard times,” said Ojo. “She was sincere and open with us about her situation. She was on the train because she felt it was the safest place to be. Our hearts went out to her.”

With the help of a local pastor and community groups, Franklin and Ojo found housing for the family the same day. They eventually helped the woman get in touch with relatives in New York and arranged for her transportation back home.

Buchanan adds that the initiative has exceeded expectations. Since its introduction, the C.A.R.E. team has interacted with more than 60 people and placed more than a third of them in shelters. Further expansion of the program is on the horizon. A second C.A.R.E team will join the department in September. 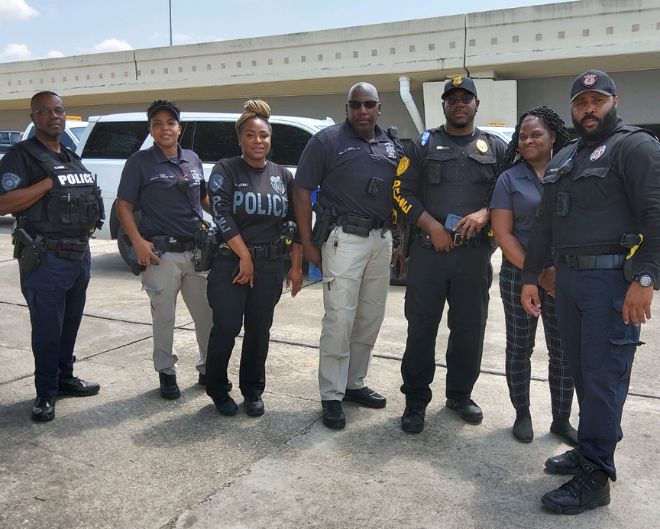