Rising on the Red Line

Big things continue rising along METRORail's Red Line. Construction of Texas A&M's Innovation Plaza in the Texas Medical Center (TMC) is the latest development to break ground near one of the country's busiest light rail lines.

The five-acre campus, located at the intersection of Holcombe Boulevard and Main Street, consists of three towers — Discovery, Life and Horizon. Once complete, it will be home to the Texas A&M Engineering Medicine (EnMed) program and provide housing for TMC-area students. It will feature research facilities, affordable student housing, and office and retail space.

METRO employees were recently invited to take a hard hat tour of Life Tower, a 19-story, 714-bed student housing tower steps from METRO's TMC Transit Center Station. The high-rise building is just a short walk and train ride away from all that Houston has to offer. METRO Ridership Development Officer Suzanne Senegal helped organize the outing.

"The building is modern and sleek, with some units even having floor-to-ceiling windows," said Senegal. "It's also affordable and near transit, so it’s a great housing option for students." 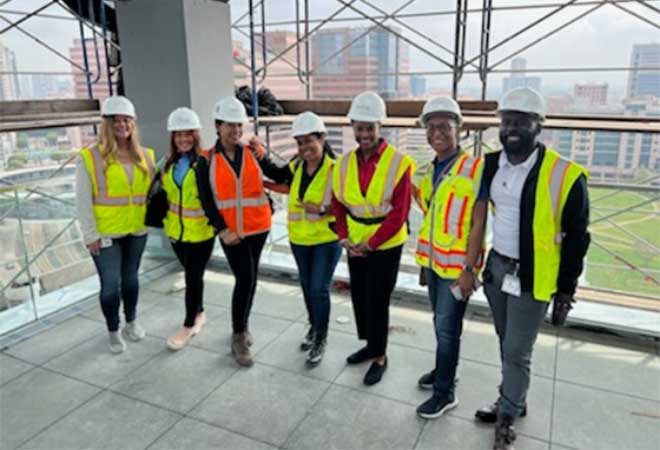 The development is the first of its kind for the area. The communal-style apartment homes come fully furnished, with shared kitchens and living rooms but private sleeping quarters and bathrooms. 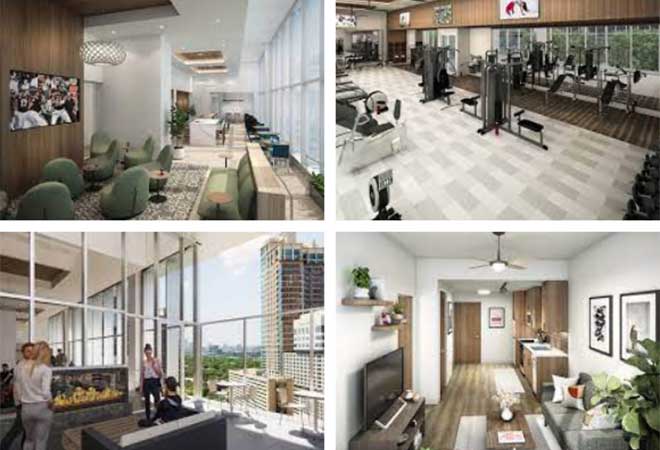 Danicel Whitaker, METRO's vice president of Ridership Services, took part in the tour and says the transit-connected development is big on amenities, convenience, and affordability.

"It’s a fascinating concept. It’s luxury living, but because residents share common spaces, it’s also affordable,” said Whitaker. “Plus, it’s connected to fast and frequent transit. I believe that will be a big draw for students looking to live, work and play near the Texas Medical Center.”

Whitaker added that many of the city’s top destinations and attractions are a short train ride away.

“I imagine residents using METRORail to get to the other buildings within the TMC for class or work, the Houston Livestock Show & Rodeo, the Museum of Fine Arts, or an Astros game,” said Whitaker. “Connectivity to all these great places is at their doorstep. There’s no need to stress about the added expense of owning, maintaining, or parking a car. That’s freedom.”

Completion of Texas A&M’s Innovation Plaza is scheduled for 2024.